this page is for my personas/avatars idfk what to call them. i make them because it is fun. don't think about it too much. 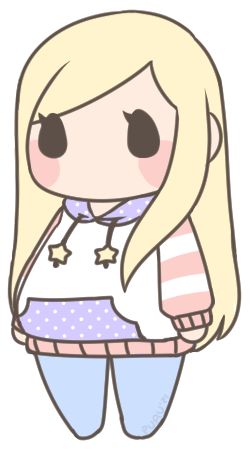 "do you mind? i'm thinking about something..."

an absentminded artist who daydreams a lot. short and plushie-like but biggest out of all of the sonas. literally just me.

★: just a default human avatar. i dont really like the way i look, so she's chibi-like and vague so it's easier to draw. mostly because i'm personally not a fan of personas that are "pretty" versions of the artist that actually look nothing like them... i just want to avoid that i guess. that being said, it really is only a little accurate but it gets the point across. 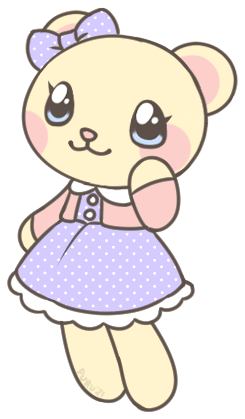 a stuffed bear. never has much to say, just kinda sits and watches everyone with a little smile. especially fond of arts and crafts, even making her own outfit. tries to keep everything as pristine as possible. smells like lavender and fresh cotton linen. often accompanies purupurple.

☠: being seperated from purupurple, getting dirty, boring interior decor, things getting damaged

★: her outfit is based off an old jojo character/past purupurple design before i opted for a more chibi-like default. i make a lot of teddy bear characters, but i guess bearu was the first. in particular, she might look like an oc of mine named lavendelle, but the two aren't related besides being living plushies and lavendelle drawing lots of inspiration from this design. 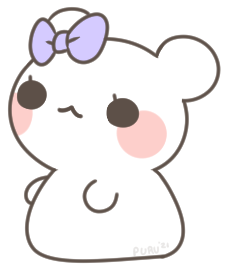 a white tapioca pearl that escaped from some peach-flavored boba tea. extremely self-centered and her only interest is drawing her favorite characters, and only speaks their names and nothing else. excellent lineart, but doesn't know a thing about coloring so it often comes out smudged when she tries. lives in a cookie tin complete with tiny handmade furniture. bit of a reclusive hermit and seems to despise people.

☠: being held, strangers, anything that isn't her favorite characters

★: a self-mockery of the way i tend to be single-minded. a design meant to be very "puru-like", brainlet tendencies and all. 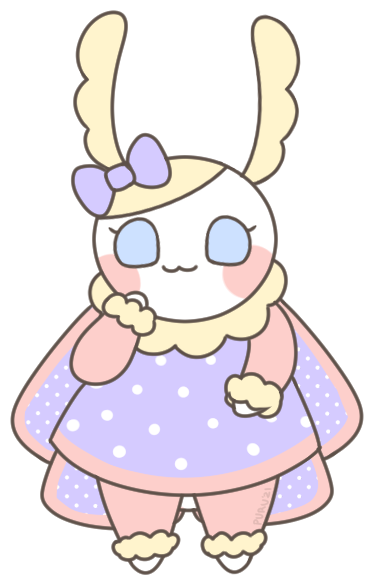 bug fables self-insert/fancharacter. a silk moth. part of "team p" along with pinetle the eastern hercules beetle and the three-legged, green-eyed mothson the mothfly. designs clothes, and lives in a cute little cottage where she makes her iconic tangy fluff. incomprehensible and makes NO sense to anybody when she goes on her tangents about "the p", but she's generally liked anyways. body has squishy properties similar to memory foam.

★: intentionally designed to look tacky and obnoxious, yet people seem to genuinely like her. "p" started as a "pee is stored in the balls" meme reference. but it like, evolved into puruff's own little thing... maybe she's really trying to defeat that doppelganger from creepy steeple. 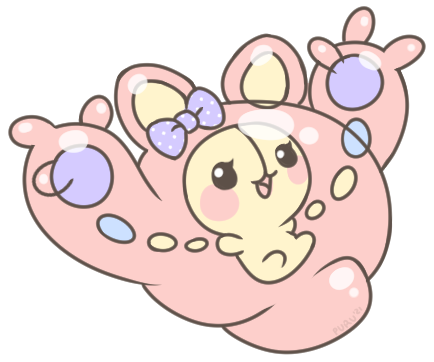 "that heracross is sooooo handsome~ uhuhuhu~"

a pink reuniclus. though cute and innocent-looking, is actually spoiled, vain, and frequently filled with rage. wants to be pampered and spoiled rotten. extremely fond of a certain heracross, despite how he often ignores/teases her. the pinkness apparently came from eating so many pecha berries that it turned her jelly to a rosy color. came from mistralton but hangs out in nimbasa. banned from going near gear station for being "a general nuisance to the staff".

♡: pecha berry sponge cake, being in control, being lazy

★: i've kinda had this pokesona for a long time, but she looks different than she did 8 or so years ago. angry little jelly bean because i like drawing angry reuniclus expressions lol. 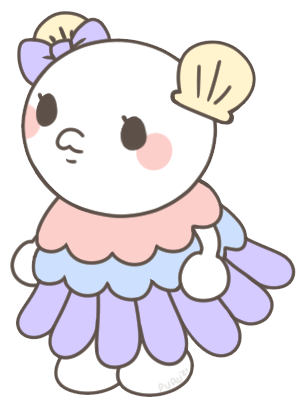 this poor noki from noki bay was thrown miles away to sirena beach by a pianta calling himself a chuckster.

♡: fruit, walks on the beach

★: my boyfriend was playing sunshine and he asked me to draw us as a pianta and a noki. i'm so horribly attached to this design, it's kind of embarrassing.